My name is Philomena aka OMENA. I’m a natural-born Clairvoyant, Soul Historian, Spiritual Counselor / Coach, and Medium. I use my gifts to explore ways to break life patterns that no longer serve your higher good. My life mission is to educate about the soul and to help bring people to a higher level of self-awareness. Enjoy learning about yourself without feeling as if you are in Therapy. 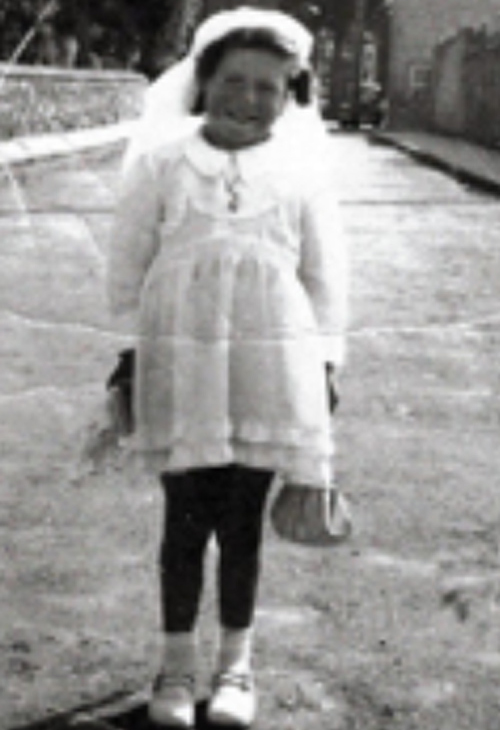 I was born in County Kilkenny Ireland, the third of nine children raised in poverty by a single mother. My father worked in England.

At age seven in First Communion class, I was told I would not make First Communion, because I had not reached the age of reasoning. Why? Because I questioned the nun’s teachings about the soul, and did not understand why my soul would burn in hell. I became so distraught about the possibility of going to hell, for not receiving my First Communion, that I experienced my first Spiritual Awakening!

That night, I had a dream – Jesus had appeared and said, “Receiving your First Communion is not as important as knowing you are a soul of God and loved. Remember that and no harm will ever come to you no matter what others may think of you”. It instilled in me a profound belief of trust and safety, which has stayed with me throughout my life. From that day forward, my gifts began to emerge.

Even at that age, I could already clearly see things and events unfolding in people’s lives. This gift proved quite annoying to, well, EVERYONE, because I wouldn’t stop telling people things about themselves that only they could know. When I was 12 years old, I kept telling my mom that something bad was going to happen to a family member but didn’t know who.

Sadly, at the age of 12, my mother was killed by a drunk driver, while walking home from my grandmother’s house. Suddenly, six of my siblings and I were sent off to an orphanage.

“The orphanage ended our poverty, as we knew it. Yes, we were still poor, but now we had indoor plumbing and three meals a day. We had shoes on our feet, wore uniforms, and school was now within walking distance.”

It was the policy of the orphanage that only children under the age of 16 could be residents. At age 16, administrators at the orphanage would find a job and place to live. I had visions of working at Russborough House, a mansion owned by the 8th richest family in Ireland (at the time). My best friend Nelly was already working there and would visit me and my younger siblings at the orphanage and would tell us stories about the mansion.

I was already a believer in manifestation and I repeatedly told my friend that I had decided that I too would work at Russborough House, and no place else! Shortly before my 16th birthday, I was told that I was going to be employed at Russborough House as an upstairs maid.

Within three years, I went from an impoverished home, to an orphanage, and now living and working in a millionaire’s mansion. Living in a rich man’s mansion and reading his books fed my soul, gave life to feelings of buried sorrows, and a longing for love yet realized. They opened my soul, gave me hope, and helped heal my broken heart. I learned that being poor and living in an orphanage was not shameful, being rich was not happiness, but going to America would be a dream come true.

In 1965 I immigrated to the U.S. with my fiancé. With only a sixth-grade education, but mature beyond my years, I arrived in the middle of the Civil Rights Movement and the Sexual Revolution.

I came from a land where all people were white, religion was God, and Jesus, Mary, and Joseph were the Holy Family. Gay meant you were happy, A fag was a cigarette and a guinea was 21 shillings. People of the cloth were priests and nuns, and children were gifts from God. Discovering that names and words had different meanings in other parts of the world was not nearly as shocking as discovering that not all people were Catholic, and not all Catholics were Irish.
I married and gave birth to a daughter (who passed suddenly at the age of four) and two sons. While working full-time and raising my family, I managed to pursue an education and earned my master’s degree in human services. In the Human Services field, I accumulated over 40 years of experience in various functions like Family Violence Counselor, Conflict Resolution Trainer, and Consultant for the Family Court System, Legal Services, and the CT Department of Children and Families, HIV/ AIDS, Addictions and Mental Health.

My spiritual journey led me to numerous spirituality and healing workshops, seminars and lectures across the U.S. and Europe. In the 80’s, I met a master healer named Ted, who immediately recognized my potential and began mentoring me; allowing me to give him personal readings, he coached me on ethics and how to use my spiritual gifts for the highest good.

And I do so with honesty, compassion… and a wee bit of humor.

The reading you gave me the other day was truly one of the most incredible experiences of my life. You have an amazing gift! I have spent the last few days replaying everything you told me in my head and I’m still in shock that you were able to see such specific details about me, from this life and my past lives. Also, your descriptions of my loved ones were so precise, it’s just amazing! Thank you Omena!

VIP guests are asked to check in at the ticket table prior to the 1:00pm start and will be escorted to the Meet and Greet.


VIP seating includes: Meet and greet does not include: All guests attending this recorded program are required to complete the following Recording Release Form